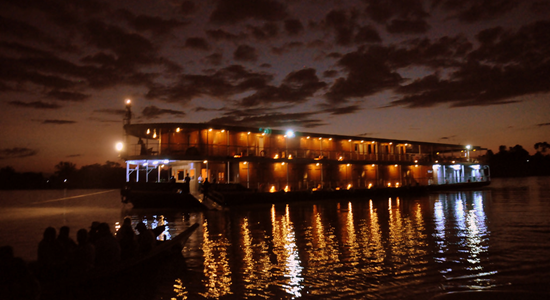 9 best off-the-beaten-path river cruises
By Josh Lew, Mother Nature Network, 1 November 2016.
Traveling off the beaten path heightens your sense of adventure. This is true of safari expeditions, Lonely Planet-style budget backpacking trips and even package tours to "new" destinations like Cuba. River cruising could fit into this non-mainstream travel category, too, though boat trips on the Rhine, Seine or Yangtze are increasingly popular and accessible.
But cruising on the world's less famous waterways is a different kind of experience. Off-the-beaten-path river destinations allow cruisers to really see a place for themselves. Here are nine great river cruise experiences in unexpected places.
1. Peruvian Amazon 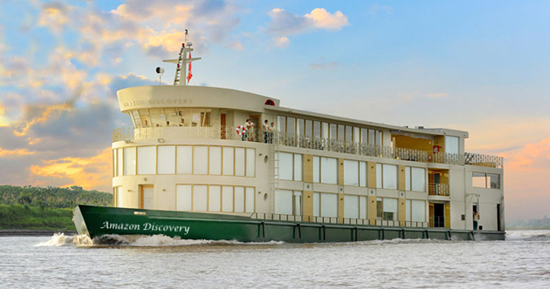 Photo: GreenTracks Amazon Tours & Cruises
The Amazon River is high on many would-be river cruisers' to-visit lists. One of the best places to travel on the famous South American river is not in Brazil, but nearer to its source, in Peru. A well-established cruise industry makes the waterways of the Peruvian Amazon reasonably accessible to tourists looking for a multi-day adventure on the famous river.
Larger cruise boats can only travel from the mouth of the Amazon to as far as the Brazilian city of Manaus. However, smaller luxury boats can navigate the river and its tributaries much further to the west. The 169-foot Amazon Discovery (pictured above), for example, can accommodate 44 overnight guests for a week-long excursion on the Amazon in northern Peru. This trip includes wildlife viewing, night safaris in the jungle and visits to sanctuaries where animals such as manatees are cared for.
2. Kerala Backwaters 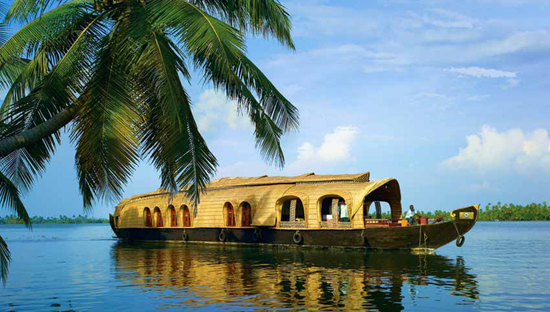 Photo: Kish/Wikimedia Commons
Kerala, a state in southwestern India, is not on the map for many international tourists, but it should be. The Kerala Backwaters is one of the best cruising experiences in South Asia, both in terms of sightseeing and ecotourism. This vast system of brackish lakes, rivers, lagoons and man-made canals covers the coastline near the state capital of Kochi.
Traditional barges are the most popular vessels for cruising these waterways. Originally used for cargo, these crafts, which can reach up to 80 feet in length, have been converted into houseboats [pictured above]. Some are quite luxurious and much more private than the hotel-boats that are usually associated with river cruising. Trips on the Backwaters usually last for a few days but can go on for much longer. Sights along the lakes and rivers include palm forests, plantations, animals (this is one of the most wildlife-rich states in India) and small villages.
3. Chobe River 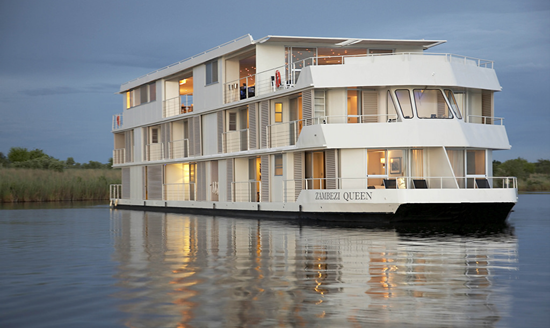 Photo: Roderick Eime/Flickr
The Chobe River is a magnet for animals in the borderlands between Namibia and Botswana. Elephants, giraffes, buffalo and even the occasional lion come to the river to drink. The best time for this kind of safari cruise is during the summer dry season when the river is the best, or often the only, source of water for local wildlife.
Lodges and tour operators in the area offer daytime safari cruises, but larger boats like the Zambezi Queen [pictured above], a 137-foot vessel with luxurious rooms, lounges and an on-board swimming pool, offer multi-day trips on the river. The attractive thing about this kind of experience is that it can be combined with a stay in a safari lodge or an excursion into the nearby Okavango Delta or Kalahari Desert.
4. Volga River 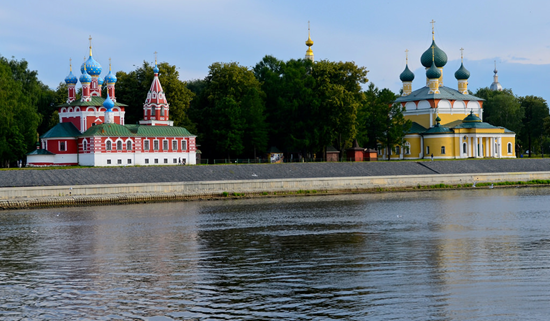 Photo: Woody Hibbard/Flickr
Though not necessarily "off the beaten path," the Volga River in Russia is not as popular as other European waterways like the Danube and the Rhine. Still, major cruise lines such as Viking River Cruises have Volga itineraries. Most trips on larger boats take between 10 and 14 days and travel between Moscow and Saint Petersburg (only during the summer and early fall).
The main reason to take a Volga cruise, besides the fact that travel in Russia is relatively cheap because of the weak ruble, is the opportunity for shore excursions to historic cities, quaint villages and the rural forest and farmlands that sit along the river for much of the route.
5. River Shannon 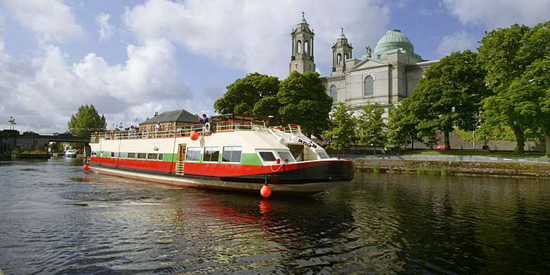 Photo: European Waterways
Ireland's trademark greenery, cosmopolitan cities and historic castles and monasteries give it all the ingredients of a great river cruise destination. Multi-day cruises can focus on a theme, such as golf, castles, fishing or bicycle treks. Renting your own boat, complete with overnight cabin, is also a possibility.
Despite being ideal for river vacations, cruising happens on a very small scale in Ireland. The largest cruiser that plies the Shannon regularly is the Shannon Princess [pictured above], which only has five suites. Still, cruises like this are the perfect antidote for people who want to avoid the larger hotel boats that are so common on the continent. Companies like Viking do offer cruises on larger ships that circle around Ireland and the UK, but do not enter the riverways.
6. Irrawaddy River 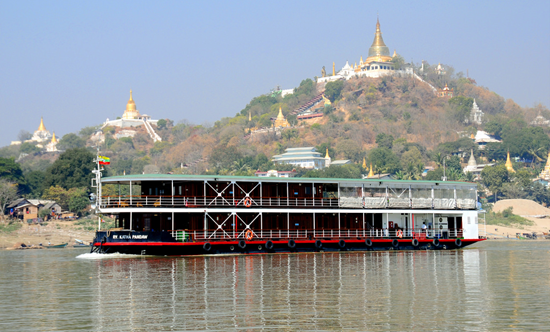 Photo: Pandaw Cruises/Flickr
Myanmar is only starting to come into its own as a tourist destination. The river cruise industry is still dominated by boutique luxury lines and niche operators, most of whom offer cruises on the Irrawaddy River. Shorter four-day to one-week cruises usually go between the capital city of Yangon and Bagan, where a vast network of ancient temples are located. Longer voyages (10 days to two weeks) cruise the upper reaches of the river north of Mandalay. French niche river cruise firm Belmond and Southeast Asian specialist Pandaw are both active on the Irrawaddy, as are a host of others smaller lines.
Irrawaddy cruises are not only about seeing the landscapes, taking photos of the gilded temples and visiting the cities along the river. These trips also offer a glimpse into river life, which, in some part of the country, has changed relatively little over the centuries.
7. Columbia River 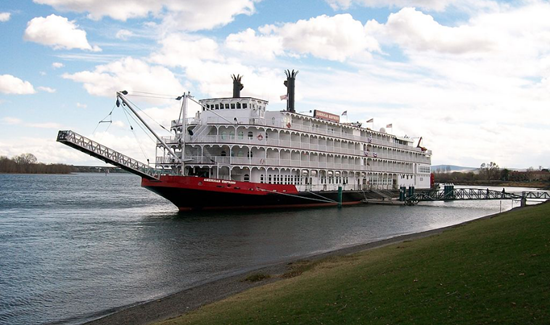 Photo: Allen4names/Wikimedia Commons
The Columbia River was first made famous by Lewis and Clark, who used it during the final leg of their journey to the West Coast. Trips generally run between Portland, Oregon, and the Washington-Idaho border. The journey puts cruisers in touch with the mountains, towns, wine country and forests that characterize much of the Pacific Northwest.
Lindblad Expeditions runs a cruise on the Columbia and Snake Rivers that features a more nature-focused itinerary (the company partners with National Geographic to create its itineraries). The American Queen Steamboat Company, which is now a major player on Mississippi River cruising scene, operates a 200-person paddleboat called the American Empress [pictured above] on the same Columbia-Snake route. Another option, the SS Legacy, is a replica of an historic steamship with crew members dressed in period costumes.
8. Murray River

Photo: Roderick Eime/Flickr
The Murray River has long been an important part of Australia's geography. It runs from the Australian Alps and through some of the wildest regions of Southern Australia. Used as a water highway in the past, it is now one of the best ways to see the rural beauty of the country at a leisurely pace.
The PS Murray Princess [pictured above], an authentic working paddleboat, offers three- to seven-day cruises on the river. Other cruise companies have gotten on to this retro boat trend as well, so there are a number of options for this kind of experience. The river passes unique limestone rock formations, arid scrubland, farmlands and plenty of wildlife. Cruisers commonly see goannas, kangaroos, emus, koalas and other only-in-Australia creatures.
9. Senegal River 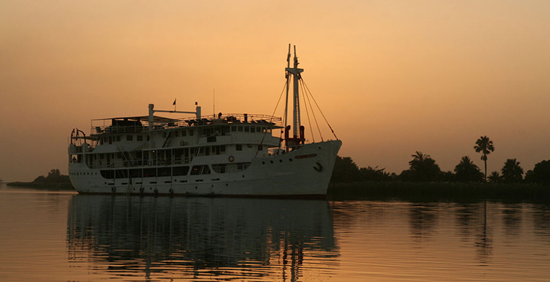 Photo: Remi Jouan/Wikimedia Commons
West Africa is often overlooked by tourists despite the fact that some of the countries in the region are relatively accessible via the U.S. and Europe and that English and French are widely spoken. A cruise on the Senegal River provides an ideal introduction to the culture, landscapes and nature of this region. Cruises on hotel boats in Senegal generally last between one and two weeks.
A boat called the Bou el Mogdad [pictured above] has been making the trip between Saint-Louis and the desert town of Podor, Senegal, for nearly 50 years. The 170-foot vessel has a pool, lounge, bars and a restaurant. It can hold up to 80 passengers. The itinerary for this particular cruise is diverse, with stops at historic sites, a bird preserve, farms and small villages.
Top image: Pandaw River Cruise on Irrawaddy River, Burma (Myanmar). Credit: Scott Anderson/Flickr.
[Source: Mother Nature Network. Edited. Some images added.]