10 WAYS ADVERTISERS WILL TARGET YOU IN THE NEAR FUTURE 10 Ways Advertisers Will Target You In The Near Future
By Mike Floorwalker, Listverse, 10 November 2016.
Much like regular science, the science of advertising is constantly growing and evolving. The advent of the Internet and mobile devices have given marketers more options than ever for grabbing your attention. But it turns out those marketers are just getting started.
10. Engineered Jingles 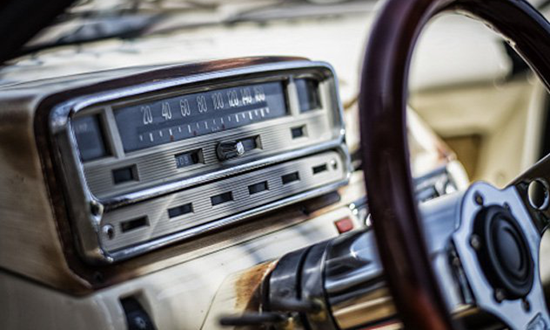 The American Psychological Association recently published a revealing paper on the phenomenon of earworms - songs you can’t seem to shake from your head, even if you dislike them. Songs that hang on and won’t let go share some unique characteristics not shared by less catchy hits.
In addition to a quick tempo, these songs share what researchers called a “common melodic shape,” as well as the frequent use of unusual intervals and repetitive notes. That these characteristics are distinct enough that one may be able to predict which songs will get stuck in listeners’ heads by analyzing their melodic content - or, familiarity with these patterns “could help aspiring songwriters or advertisers write a jingle everyone will remember for days or months afterward.”
9. Smart Appliances 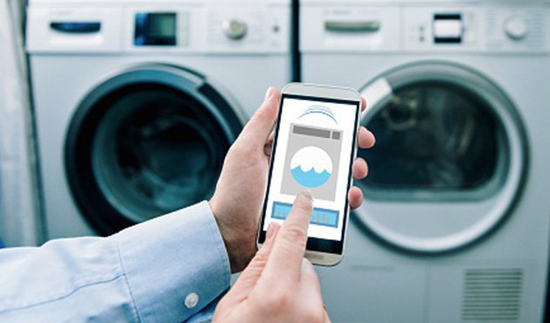 Many electronics manufacturers envision smart homes, in which appliances such as clothes washers, refrigerators, and thermostats are connected to the Internet and managed from a central hub. Chinese company Hisense, which recently acquired the use of the Sharp brand name in North and South America, debuted such a system at a 2016 trade show.
A big takeaway for many was the potential for advertising, much of which need not be web-based or even very intrusive. For example, a smart clothes washer could detect when you’re running low on detergent and suggest ordering more of the previous brand, or offer options for other brands. A smart thermostat could chime in with ads for discounted vacation destinations during cold months, or a smart refrigerator could put together and automatically order a shopping list based on preferred brands.
Google has been onboard with this since smart appliances have existed, and it seems all but certain that such targeted advertising will be a major aspect of the connected home of the near future.
8. Drones 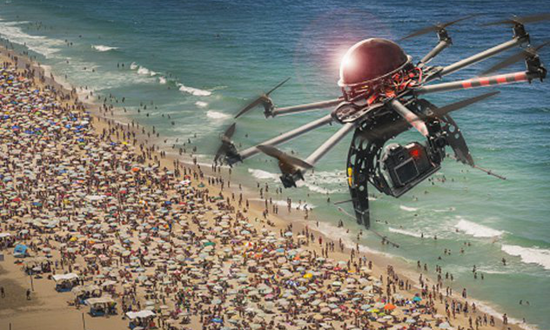 Some companies are using drones to capture high quality aerial video for use in commercials that would have otherwise been prohibitively expensive; some, like Tequila maker Patron, have even integrated such footage into successful virtual reality campaigns, combining two cutting edge advertising techniques.
Of more concern, however, is the potential for drones to collect data. Singapore-based advertising firm Near conducted a proof of concept trial in 2015 in several markets, including Los Angeles, in which drones collected publicly available Wi-Fi data to gather user information and deliver super-targeted, location based ads. Despite questions about the trial’s legality, it seems unlikely that marketers would leave such a potentially vast data source untapped.
7. Interactive ‘Unstores’ 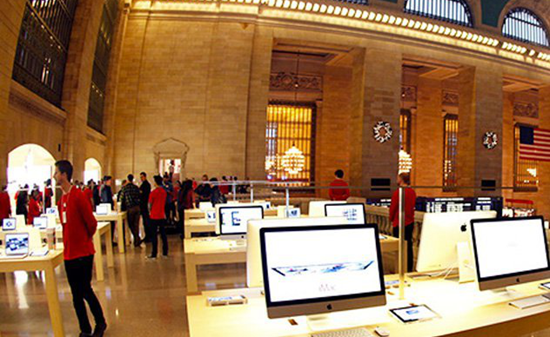 Most brick-and-mortar retail outlets have struggled with the ascent of online commerce to some extent. Recently, a few major manufacturers have pioneered a completely new retail concept - using a physical space purely as a showcase, giving consumers hands-on time with their products without the option to purchase.
Many consumers use retail outlets in this manner already, evaluating products in person before completing their purchases online. Retailers following this model can make better use of space without the need for a stock room, and consumers are relieved of the pressure to buy while being able to “deep dive” into a brand, its products, and its ethos. Electronics manufacturer Samsung recently unveiled such an “unstore” - a 40,000 square foot showcase in Manhattan.
6. Connected Cars 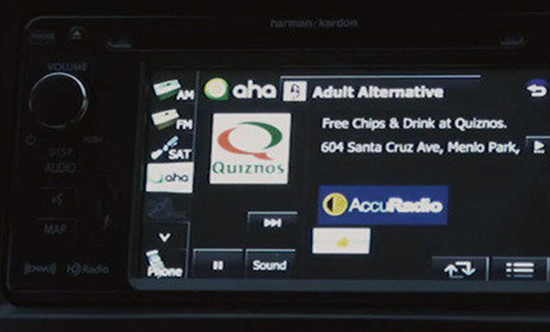 Photo credit: PC World
In 2013, electronics manufacturer Magellan launched its Smart GPS, a standalone dash-mounted system that had a few features lacking in other similar units. Specifically, its interface can be made to volunteer information relevant to your current location - such as places to eat, hotels to stay in, or entertainment options. Many of these suggestions come paired with coupons or special offers through Foursquare.
This is an example of contextual marketing, and many in the industry believe it to be the wave of the future as more cars come standard with Internet connectivity. Location-based ads are only one potential avenue for in-car advertising; even today, devices connect to your car’s diagnostic computer and offer situational rewards. For example, careful driving during a storm may reward you with a free wiper blade installation from a nearby auto shop, or a stressful, gridlocked commute may earn you a free dinner from a local restaurant.
5. Personalized Radio And Television Ads
While radio and TV advertising remains a significant source of revenue for many advertisers, its one-size-fits-all approach ensures that a great number of ads will fall on uninterested ears; to name just one example, diamond engagement ring ads - common in most radio markets - are not very helpful to those who are already married. At least one company hopes to optimize this form of advertising by providing web-style targeted ads to terrestrial radio and television broadcasts.
The technology, developed by tech company Gracenote, is available in over 50 million cars today. It develops a profile of a user by identifying songs played on CD and radio, the type of car being driven, frequent locations, and more; it then uses this profile to dynamically insert relevant ads in place of local programming.
The company has been developing a similar application for televisions for over 10 years. It uses video recognition to identify commercial breaks, swapping the broadcast content for more relevant content based on its user profile. We can expect this type of targeted advertising to proliferate quickly. Gracenote is owned by Sony, a major manufacturer of televisions and audio equipment.
4. Augmented Reality
Augmented Reality, or AR, has exploded into the public consciousness over the past year due to the success of the mobile game Pokemon Go. AR uses electronic devices to overlay the real world with digital elements. Among other things, a consumer could easily find more information about a product simply by pointing their smartphone at an advertising display. AR displays have already popped up on storefronts, bus shelters, and billboards - one famous British Airways advertisement used a giant video billboard featuring a child who would point to actual planes as they flew overhead and call them out by flight number.
It may be easy to imagine this technology run amok, but there is no need - Japanese filmmaker Keiichi Matsuda has already imagined it for us. The above video, titled “Hyper-Reality,” gives us a glimpse of what a future dominated by AR marketing might look like.
3. Neuromarketing Although consumers are typically able to give marketers good feedback on the types of products they like and how much they are willing to pay for them, they are less able to delve into the underlying reasons behind these feelings. Enter the emerging field of neuromarketing - using data gleaned directly from the brain to discover what aspects of a product or marketing campaign generate a positive response, and why.
In 2008, Frito-Lay hired a neuromarketing firm to gauge consumers’ responses to Cheetos. Examining EEG patterns, researchers determined that many subjects got a subversive thrill from the messiness of the product and its famous finger-coating orange dust. This information was incorporated into the next Cheetos marketing campaign, which featured the Cheetos mascot encouraging people to do subversive and weird things with Cheetos (such as sticking them up a sleeping airline passenger’s nose).
2. Computer-Generated Ad Campaigns
Advertising agency McCann Japan made waves in 2016 when it formally appointed an artificially intelligent robot as its creative director. The AI was fed data from previous advertising campaigns and directed to creatively produce an effective ad for Clorets breath mints, shown above. A human director was tasked with producing a competing spot; the two ads were then shown side by side on Japanese television and put to a vote as to the best one, with the public unaware of which ad was the robot-produced one. The human-produced ad won - but only by a margin of 54 percent to 46 percent.
This proof of concept illustrated the capabilities of AI to crunch massive amounts of data in a far shorter time than humans can, and to use this data to identify meaningful trends and suggest how to improve a campaign’s performance. This relatively new AI application will doubtless be quickly refined, but many consumers don’t realize that AI is already a major player in advertising - largely through Facebook, whose targeted ads are already driven by an artificially intelligent machine learning algorithm.
1. Making You Do The Advertising 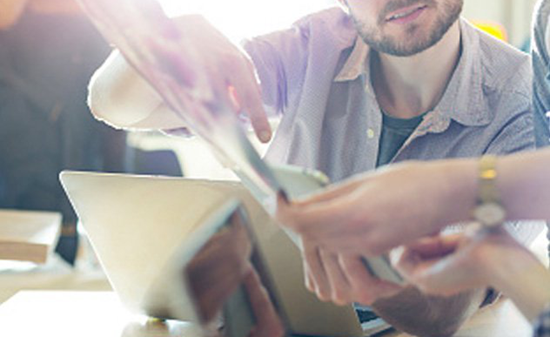 And speaking of Facebook, a carefully calculated, gentle nudge may be all that is required in order for consumers to do the marketers’ jobs for them. This is known as “User Generated Content,” and in the current climate of online reviews, “unboxing” videos and consumer product-oriented blogs, advertising firms are just beginning to find ways to leverage this massive amount of content.
A 2013 study of adult behavior online helped solidify this trend. While only around 1 in 10 people find banner ads or direct advertising to be trustworthy, fully 70 percent of those responding were likely to trust product reviews from peers. This points the way toward a new model of advertising, in which brands partner with top online “content producers” to most effectively disseminate their messages. This could mean a near future in which the line between consumer and marketer becomes so blurred as to be difficult to spot - and in which advertisements are so ubiquitous, personal, and highly targeted that we don’t even think of them as advertisements anymore.
Top image: Web ads. Credit: Daniel Oines/Flickr.
[Source: Listverse. Edited. Top image added.]