While you were distracted by the looming November election scientists in Tennessee discovered how to turn carbon dioxide into ethanol with great efficiency. 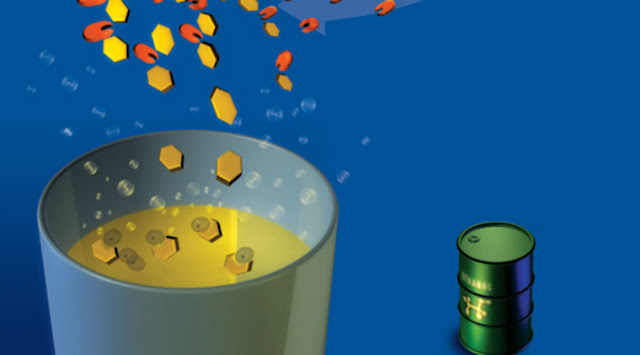 While everyone was busy being disgusted at their fellow citizen's behavior as a result of the looming November election, something wonderful in the science world happened. And by wonderful, I mean it was one of the rare "happy accidents" that resulted in something that I think could be "game-changing" and give a lot of hope to a human race struggling with the inevitability of climate change.

According to the journal ChemistrySelect, scientists at the Oak Ridge National Laboratory in Tennessee discovered a chemical reaction that turns carbon dioxide into ethanol. The process can happen at room temperature (so doesn't require hardly any energy), and it can be started and stopped easily and with little cost. When combined with the electricity grid, it could take advantage of times when there is abundant electricity by using it to create ethanol for long-term energy storage (during times when there isn't enough electricity).

Then there's the whole fact that carbon dioxide is a greenhouse gas, so this process could potentially take some of the CO2 out of the air and turn it into energy to power all kinds of things. No matter where you stand on climate change (or if you believe it's a conspiracy invented by democrats), I think everyone can agree that turning carbon dioxide into ethanol is a win win for the entire human race.
Don't you think that's exciting? I'm excited. Science!
Posted by samsalleh
Labels: It's Science, While you were distracted by the looming November election scientists in Tennessee discovered how to turn carbon dioxide into ethanol with great efficiency