The Bermuda Triangle Mystery isn’t Solved, and This Scientist Didn’t Suggest it Was

A+ A-
Print Email
A Science Channel show is making waves about the Bermuda Triangle this week. It appears to have claimed that the mystery of the region is solved — except that’s not at all what the scientist interviewed intended.
The “What on Earth” segment portrays Randall Cerveny, director of the meteorology department at Arizona State University, as having discovered the secret to the mysterious disappearances, sinkings and crashes that have occurred in the famous region east of the Bahamas. Or at least, he appears to think he has the answer, when in reality he has no interest in anything having to do with the Bermuda Triangle. 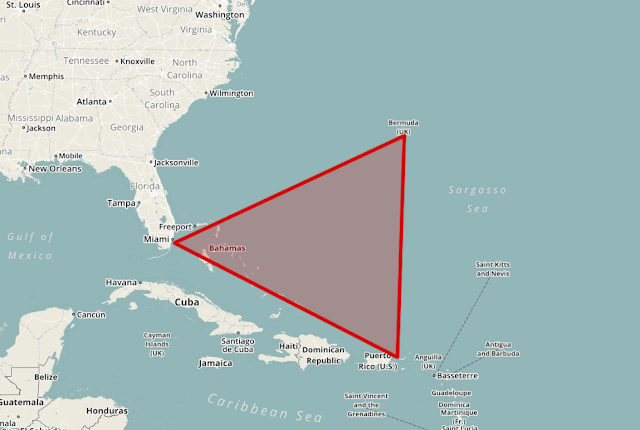 “The editing on this was horrendous,” Cerveny told The Washington Post. “I was really upset when I saw this.”

Lots of other people are seeing it now, too. After the segment aired in the United Kingdom, the U.K.-based Sun newspaper published an article onlinewith this headline:
Scientists claim 170 mph ‘air bombs’ capable of downing planes and ships could unlock mystery of notorious stretch of sea
Then the New York Post picked it up:
The mystery of the Bermuda triangle may finally be solved
Then followed the Daily Mail, Popular Mechanics, RT, India Times and the“Today” show.
You might not think the Sun or the New York Post are authorities on science, but they cite the Science Channel, which certainly sounds like it’s an authority, and the Science Channel (mis)cites Cerveny, who definitely is an authority. Cerveny is not only the director of a university meteorology department, but — maybe more notably — he’s also the lead rapporteur on extreme records for the United Nations’ World Meteorological Organization. He has the final say on whether an extreme weather report is actually a world record.

“What on Earth? looks at strange images captured by satellite cameras,” said Steven Green, the COO of WAG TV, which produced the segment for the Science Channel. “Through our experts, each story explores a number of theories and speculates about different causes, before focusing on the most likely answer to the mystery.”
“Scientists believe the powerful winds reported by radar in the North Sea also exist below the hexagonal clouds over the Bahamas, and meteorologist Randy Cerveny thinks they’re connected to a terrifying atmospheric phenomenon,” the narrator says in the “What on Earth” segment.
Cerveny goes on to explain that the hexagonal shapes in the clouds could be formed by “air bombs,” which sounds crazy, but he’s actually just explainingmicrobursts — something we have reported on and analyzed many times.
“If Professor Cerveny is right, and these strange hexagons are the signature of deadly air bombs,” the segment continues, “then this satellite image could . . . solve the riddle of the Bermuda Triangle.”

Microbursts can do extensive damage on land and can definitely sink ships in the ocean. Could microbursts have sunk a few ships and downed a few planes in the Bermuda Triangle? Sure. Are we certain? No — Cerveny isn’t saying that. He said he does segments for the show and typically “either you give the actual explanation, or the straw man explanation,” so someone else can come in and knock it down. He said he offered the microburst explanation as a possibility to knock down. Instead, the segment offered it as a legitimate explanation.
So not only is the Bermuda Triangle mystery not solved, but the guy who supposedly did the solving also didn’t even mean to suggest that it was. Cerveny said he didn’t have an opportunity to see the show and correct it before it aired. “Nope. That was a surprise,” he said, laughing. “I did not know what was going on until I saw this. I have no interest in studying the Bermuda Triangle.”
Posted by samsalleh
Labels: Bermuda Triangle, Mystery