A+ A-
Print Email
A senseless and Illogical academic paper on nuclear physics by only iOS autocomplete has been accepted for a scientific conference without any doubt. An associate professor, Christoph Bartneck, at the Human Interface Technology laboratory located at the University of Canterbury in New Zealand, got an email asking him to submit a research paper to the International Conference on Atomic and Nuclear Physics in the US in November.
He wrote in a blog post on Thursday:
“Since I have practically no knowledge of nuclear physics I resorted to iOS autocomplete function to help me writing the paper. I started a sentence with ‘atomic’ or ‘nuclear’ and then randomly hit the autocomplete suggestions. The text really does not make any sense.” 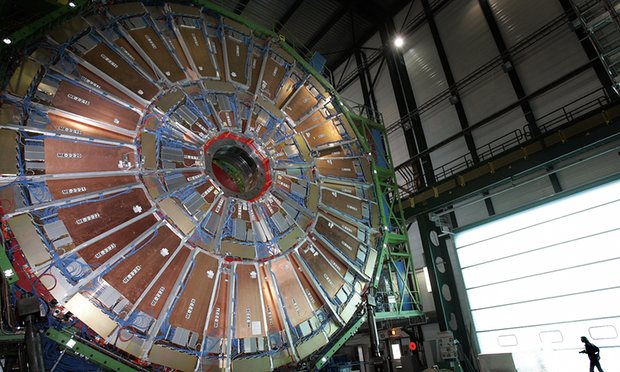 The atoms of a better universe will have the right for the same as you are the way we shall have to be a great place for a great time to enjoy the day you are a wonderful person to your great time to take the fun and take a great time and enjoy the great day you will be a wonderful time for your parents and kids,” is a sample sentence from the abstract.
It concludes: “Power is not a great place for a good time.”
Bartneck showed the paper – titled, again only by autocorrect, “Atomic Energy will have been made available to a single source” – with the first graphic on the Wikipedia entry for nuclear physics.
He submitted it under a fake identity: associate professor Iris Pear of the US, whose experience in atomic and nuclear physics was outlined in a biography using contradictory gender pronouns. The nonsensical paper was accepted only three hours later, in an email asking Bartneck to confirm his slot for the “oral presentation” at the international conference.

“I know that iOS is a pretty good software, but reaching tenure has never been this close,” Bartneck commented in the blog post.

He did not have to pay money to submit the paper, but the acceptance letter referred him to register for the conference at a cost of US$1099 (also able to be paid in euros or pounds) as an academic speaker.

“I did not complete this step since my university would certainly object to me wasting money this way,” Bartneck told Guardian Australia. “... My impression is that this is not a particularly good conference.”

The International Conference on Atomic and Nuclear Physics will be held on 17-18 November in Atlanta, Georgia, and is organised by ConferenceSeries: “an amalgamation of Open Access Publications and worldwide international science conferences and events”, established in 2007.
An organizer has been contacted by Guardian Australia for comment. Bartneck said that given the quality of the review process and the steep registration fee, he was “reasonably certain that this is a money-making conference with little to no commitment to science.

“I did not yet reply to their email, but I am tempted to ask them about the reviewers’ comments. That might be a funny one.”

The conference’s call for abstracts makes only a little more sense than Bartneck’s paper.

“Nuclear and sub-atomic material science it the investigation of the properties, flow and collaborations of the essential (however not major) building pieces of matter.”

A bogus research paper reading only “Get me off Your Fucking Mailing List” repeated over and over again was accepted by the International Journal of Advanced Computer Technology, an open-access academic journal, in November 2014.
Posted by samsalleh
Labels: Nuclear Physics, Physics, Science