Missing! No Signal as Yet From ESA's Mars Schiaparelli Probe...

A+ A-
Print Email
The European Space Agency is still waiting for A radio transmission confirmation that its Schiaparelli saucer-shaped robot has landed on Mars. The probe was supposed to have touched down on the Red Planet just before 1500 GMT (1600 BST).
The transmission would have allowed scientists to follow the probe to the surface. Mission controllers hope that satellites in orbit at Mars will have detected it and will shortly be able to confirm that the probe got down safely. 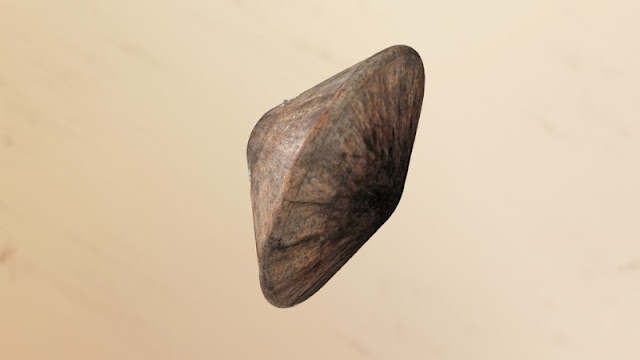 Schiaparelli will ride in a protective shell for most of the journey down to the surface. It's needed to protect delicate spacecraft components from the challenging entry -- traveling at 13,000 miles per hour! -- into the Martian atmosphere, which is thinner than Earth's but still thick enough to burn up a spacecraft riding down in the wrong orientation. As the spacecraft makes the descent, command sequences will have to work precisely to get the science package down safely for further observation. It will only take six minutes from entry into Mars' upper atmosphere to landing.
European and American orbiters are tasked with tracking the event. If Schiaparelli is later confirmed as safe, it will spend the next few days making measurements of the Martian environment and current weather conditions - until its batteries run out.
The probe was largely conceived as a technology demonstrator - a project to give ESA scientists and engineers the confidence to try to land a more ambitious six-wheeled rover on Mars in 2021 that will drill below the surface of the planet in a number of locations to search for the presence of microbial organisms. 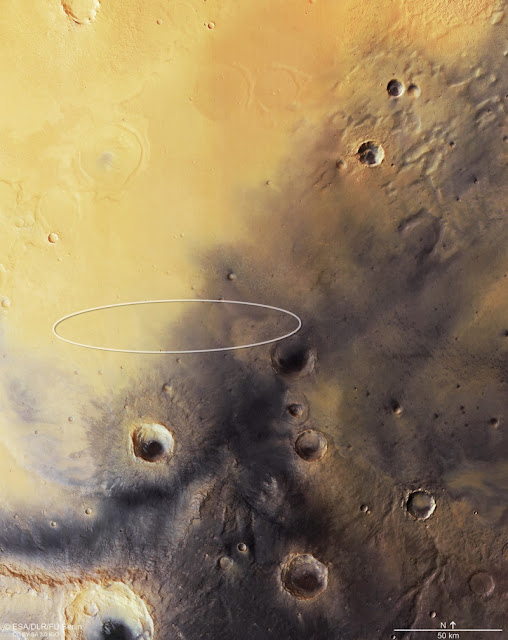 Once Schiaparelli leaves its host spacecraft, it will make a run at this landing site (circled above) in Meridani Planum. The landing demonstrator is expected to land in a flat, smooth region just west of Endeavour crater, which NASA's Spirit opportunity rover is currently exploring. The region just to the south of Schiaparelli's landing site shows a number of grooved channels. The European Space Agency says they were likely carved by water. Also visible in the picture is Bopolu crater, a newer impact site within the much larger Miyamoto crater.
While Schiaparelli works below, the Trace Gas Orbiter will continue a separate mission to look at Martian atmospheric gases -- particularly methane, which could be a sign of geological or biological activity. Finding methane on Mars has been a historically difficult endeavor, with different spacecraft and telescopes measuring different abundances. Even the Curiosity rover spotted an increase int he gas, but the spike was not repeated at the same seasonal time as the mission continued into another Martian year.
Posted by samsalleh
Labels: ESA, Schiaparelli Probe, Space NEWS