Invaders from Mars and Beyond 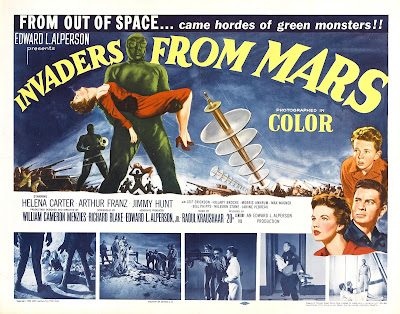 Some local stations in various areas of the United States have annually rebroadcast this made-for-TV movie on October 30, the anniversary of the original radio broadcast or on October 31, which is Halloween. The Encyclopedia of Science Fiction praised the film's recreation of events in the radio studio, but was unimpressed by its depiction of the resulting panic, calling it "a routine disaster movie with hackneyed characters reacting in predictable ways."
The film has never been issued on home video in any format.

The Welles broadcast and the reaction to it had earlier been dramatized in The Night America Trembled, a live presentation that aired on Studio One (September 9, 1957). The cast of this top-rated TV recreation of Welles' radio broadcast included Alexander Scourby, Ed Asner and Warren Oates. James Coburn made his television debut, and John Astin appeared uncredited as a reporter. In one of his earliest acting roles, Warren Beatty appeared in the bit part of a card-playing college student. 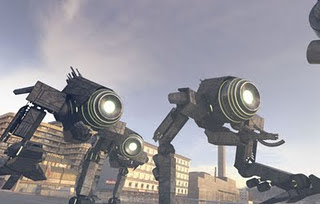 What if an extra-terrestrial force attacked Earth? What might they look like and how will the people of Earth respond? Consulting a cast of world-renowned scientists (physicist Travis Taylor), survival experts and defence experts (Nick Pope), this two-hour special, Alien Invasion explores this frightening scenario.

Curiosity "Alien Invasion: Are We Ready? 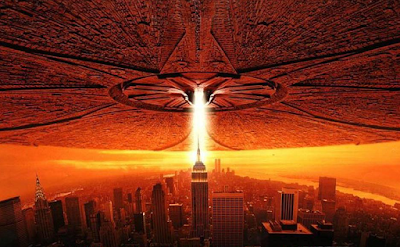 We've read the books, we've seen the movies. War of the Worlds, V, Independence Day. But they're all fiction, right? Well, probably not. New science is suggesting that aliens may be very real, and that they may not be as cuddly as E.T. Host Michelle Rodriguez (Avatar, Battle: LA) brings together top scientists, military strategists and writers to dramatize what would happen if and when aliens attacked.
Curiosity - S01E02 - Alien Invasion Are We Ready by bdtmz
Copyright Disclaimer
Copyright Disclaimer Under Section 107 of the Copyright Act 1976, allowance is made for "fair use" for purposes such as criticism, comment, news reporting, teaching, scholarship, and research. Fair use is a use permitted by copyright statute that might otherwise be infringing. Non-profit, educational or personal use tips the balance in favor of fair use.
Posted by samsalleh
Labels: Alex Michael Bonnici, Alien Contact, Alien Invasion, H. G. Wells, Orson the Alien, Orson Welles, seventy fifth anniversary, War of the Worlds