A+ A-
Print Email
The Schiaparelli probe reached the end of its 500 million kilometer journey yesterday evening when it arrived on the surface of Mars. Unfortunately, something went wrong during the automated landing procedure and the probe was unable to send back a signal from the surface of the planet.
Bosses at the European Space Agency explained in a press conference this morning that the probe's journey was always meant as a testing proceedure. They said that even though they can't get a signal from the surface, they recorded plenty of data during the descent that will help with future missions. 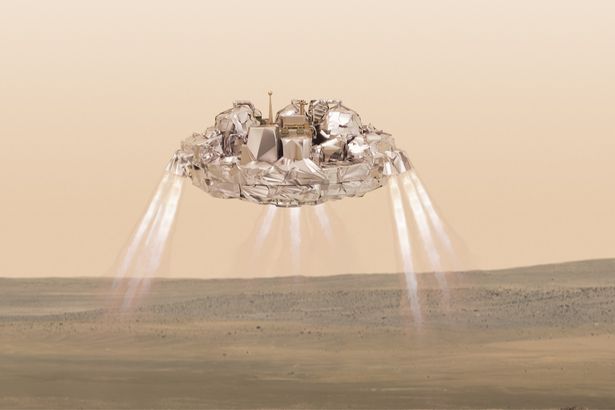 Andrea Accomazzo, head of operations for ESA's solar system missions, used the press conference to tell journalists that nothing was heard from the lander during the final minute of its descent. However, he was unable to say for certain what condition the Schiaparelli module was in when it finally hit the dusty surface of Mars.

"We are not in a position yet to determine the dynamic condition at which the lander touched the ground," he said.

The agency believes that something went wrong around the time the parachute was jettisoned from the lander. That means it could have been a malfunction with the thruster rockets on the bottom of the lander that were meant to slow it down enough for a soft landing.

"Early indications from both the radio signals captured by the Giant Metrewave Radio Telescope (GMRT), an experimental telescope array located near Pune, India, and from orbit by ESA’s Mars Express, suggested the module had successfully completed most steps of its 6-minute descent through the martian atmosphere. This included the deceleration through the atmosphere, and the parachute and heat shield deployment, for example," the agency confirmed. 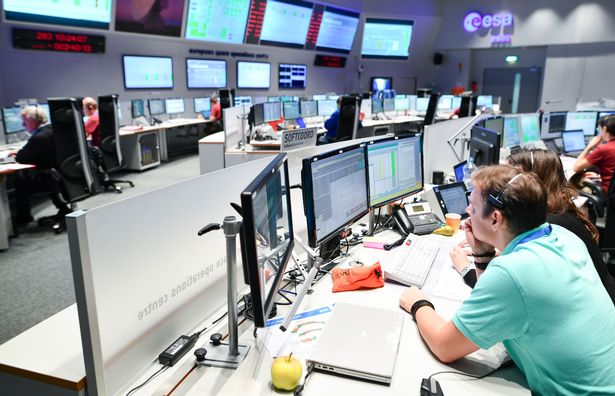 "But the signals recorded by both Pune and Mars Express stopped shortly before the module was expected to touchdown on the surface. Discrepancies between the two data sets are being analysed by experts at ESA’s space operations centre in Darmstadt, Germany."

The ESA was however keen to stress that they see the mission as a success. Despite the fact the probe failed to achieve a soft landing, the mothership that carried it to Mars has successfully achieved orbit. 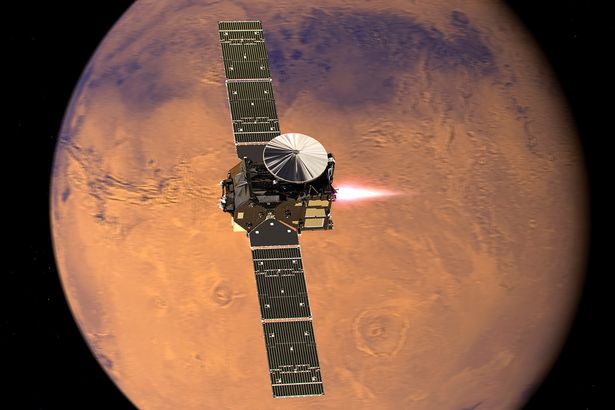 "Following yesterday's events we have an impressive orbiter around Mars ready for science and for relay support for the ExoMars rover mission in 2020, schiaparelli's primary role was to test European landing technologies. Recording the data during the descent was part of that, and it is important we can learn what happened, in order to prepare for the future." Jan Wörner, ESA's Director General, said. 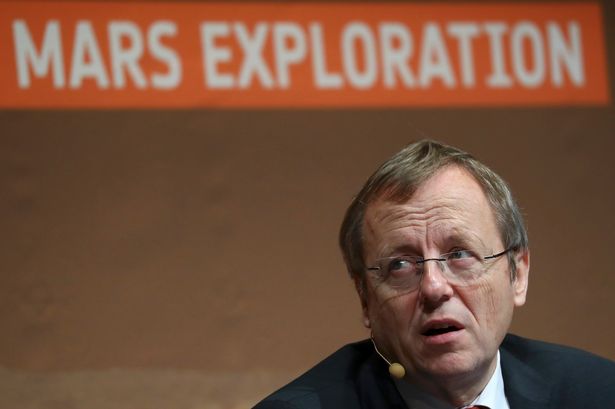 ReutersJan Woerner the European Space Agency (ESA) Director General
David Parker, the ESA's director of human spaceflight and robotic exploration, said that missions to Mars are hard, but that's why we do it.

“From the engineering standpoint, it’s what we want from a test, and we have extremely valuable data to work with. We will have an enquiry board to dig deeper into the data and we cannot speculate further at this time,” he said.

Thus orbiting craft will continue to monitor the planet and help with preparations for a follow-up mission in 2020.
Posted by samsalleh
Labels: ESA, Schiaparelli Mars Probe, Space NEWS