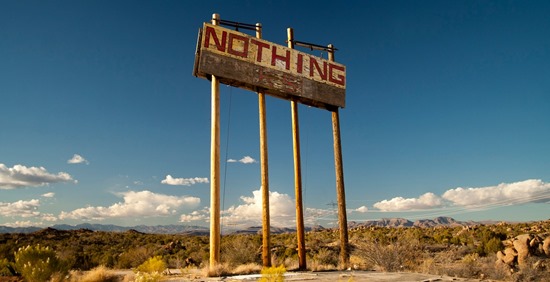 15 Towns with a Population of 15 (Or Less)
By Jake Rossen, Mental Floss, 15 October 2016.
Does your town feel too congested? Wish you had more alone time? Like having the road, air, land, and post office all to yourself? You could buy a private island for around US$100,000, but then you’d have to rely on submarine cables for power. Or, you could head to one of the not-so-bustling metropolises around the globe that feature occupations so slight a family moving in could possibly double the population. Check out 15 areas that fewer than 15 people call home.
1. Monowi, Nebraska (Pop: 1) 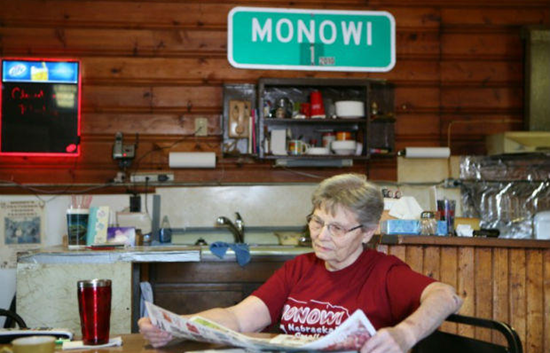 Image credit: AroundMe
Before automation cut farming jobs, the small Nebraskan hamlet of Monowi was home to roughly 300 residents. That was slowly curbed to a couple: the Eilers, who had lived there since they were children. When Elsie Eiler’s husband, Rudy, passed away in 2004, she became the town’s sole occupant. Eiler, 82, runs the bar, the Monowi Tavern, and acts as the village’s sole librarian in a building dedicated to her late husband. Every year, Eiler collects taxes from herself to keep the area’s four street lights on.
2. Tortilla Flat, Arizona (Pop: 6) 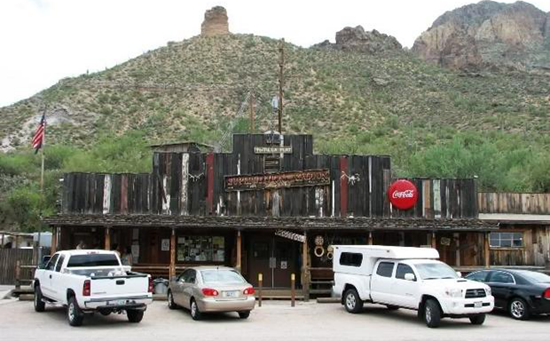 Image credit: Arizona Lodging Experts
An Old West relic tucked in Tonto National Forest, the tiny town of Tortilla Flat whose center of business is the Superstition Saloon and Restaurant, owned and operated by the town’s population of six. A biker contingent runs up neighboring Old Highway 88 and briefly raises the populace to 500 or so every year, and the town also has a post office, should any of them get the urge to send a postcard.
3. Picher, Oklahoma (Pop: 10) 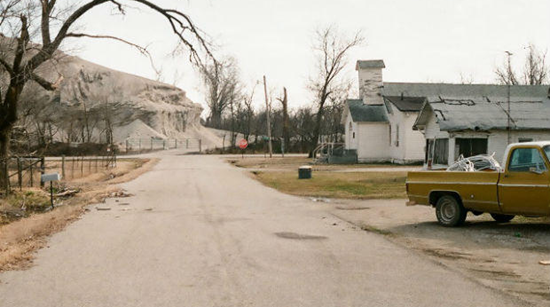 Image credit: Wikimedia Commons
When the Environmental Protection Agency declares your town a biohazard, you're probably not going to be left with much of a city council. Picher was originally at a hearty 20,000 residents before toxic sludge from heavy metal mining contaminated the area in the early 1980s. While federal grants funding continued the clean-up work, most of Picher’s locals took home buy-outs; those that didn’t were hit by a tornado in 2008 that injured 150 and killed eight. Roughly 10 have stayed behind, including a pharmacist who didn’t think the government offer was that great and doesn’t mind sourcing water from tested wells.
4. Villa Epecuén, Argentina (Pop: 1) 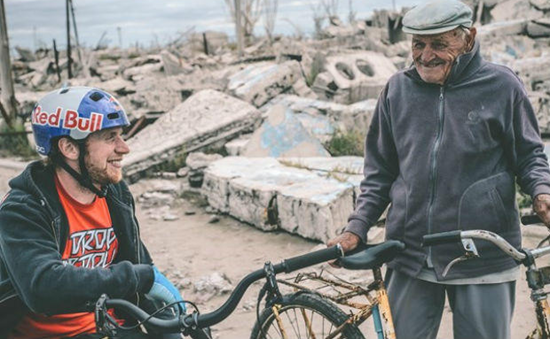 Image credit: Alaina
South of Buenos Aires, the 1500 residents of the spa town Villa Epecuén felt protected from rising waters by a man-made flood wall. But in 1985, the wall collapsed and the nearby salt lake virtually submerged the town, drowning it in 33 feet of water. It took nearly 30 years for the water to recede, revealing the town’s decrepit buildings. One former occupant, Pablo Novak, decided to inhabit the ruins, moving into an abandoned house to tend to cattle. As of 2015, Novak was still there, running into the occasional tourist with questions about his experiences in the Argentinian Atlantis.
5. Cass, New Zealand (Pop: 1) 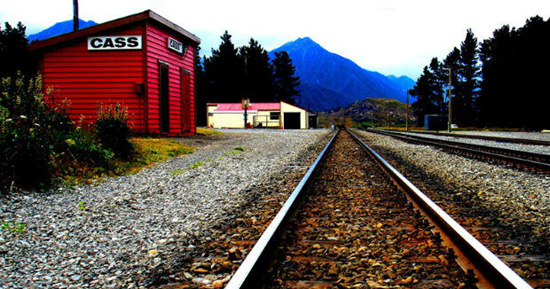 Image credit: EcoEye
KiwiRail employee Barrie Drummond was dispatched to Cass in 1987 to oversee a section of rail line connecting nearby Christchurch to Greymouth. While he initially felt he'd be too isolated in the zero-population town, locals from nearby made him feel welcome. The rent was cheap, traffic was non-existent, and a KFC was still within driving distance; in his spare time, he built a mini-golf course and a bowling green. As of 2014, Drummond was still the town’s sole resident and organizer of Cass Bash, a music festival that draws crowds from neighboring areas.
6. Buford, Wyoming (Pop: 1) 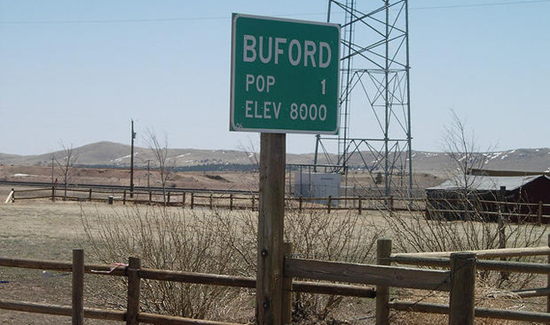 Image credit: Mark Brennan/Flickr // CC BY-SA 2.0
A 10-acre stopover, Buford was purchased in 1992 by Dan Sammons, who used money from his moving business to become the land’s only resident. He built a log cabin and opened a trading post while publicizing Buford as a single-entity population, turning it into a tourist attraction for visitors en route to Yellowstone National Park. In 2013, Nguyen Dinh Pham purchased the town for US$900,000 with plans to host a Vietnamese coffee business, PhinDeli, on the land. Pham, realizing the perks of owning your own town, renamed it PhinDeli Town Buford. Sammons moved to Colorado; a property caretaker has taken his place to keep the sign accurate.
7. Hibberts Gore, Maine (Pop: 1)

Image credit: Lincoln County News
An errant map survey has carved out a small slice of Palermo as an unincorporated, 640-acre piece of land. The U.S. Census has recorded just one resident: Karen Keller, who embraced Hibberts Gore after the dissolution of her marriage. A 2001 Boston Globe article on the anomaly brought Keller a bunch of unwanted attention: she unsuccessfully petitioned the Census to count her as part of nearby Lincoln County. As of 2012, Keller was in the process of renovating her house and avoiding a stream full of unfriendly turtles and snakes.
8. Gross, Nebraska (Pop: 2) 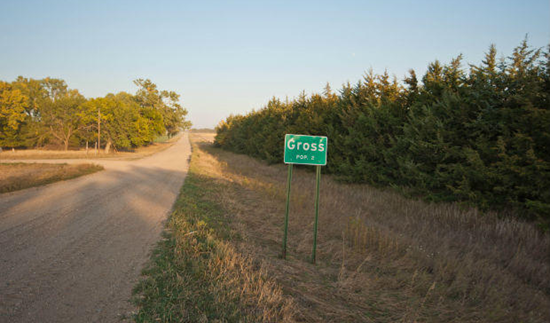 Image credit: Wikimedia Commons
Multiple fires and limited access to a railroad shut down Gross’s chances to be much of an entity. Today, just two residents remain: Mike and Mary Finnegan, who operate the Nebrask (no "A") Inn within the town’s limits. The couple arrived in 1985 and promptly made their 5-year-old son the unofficial mayor. A law on the books prohibiting serving wine on Sundays was repealed because they said so; the eatery has gotten rave reviews on its Facebook page.
9. Funkley, Minnesota (Pop: 5) 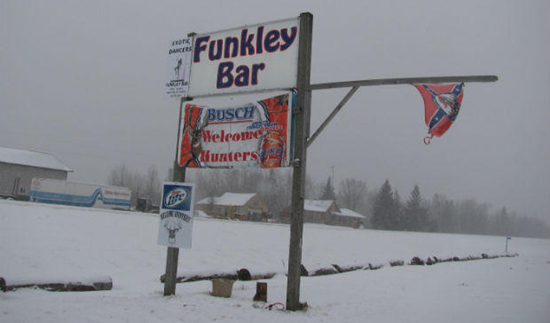 Image credit: Waymarking
When you’re both the mayor and barkeep in a tiny town, there’s not much stopping you from printing your own currency. That’s what Emil Erickson does, though the cash - which bears his likeness - is only good at the tavern. Funkley’s population also doubles as its city council. Without much else to appeal to residents, it’s always been a sparsely populated spot: just 26 people called it home in 1940.
10. Centralia, Pennsylvania (Pop: >12) 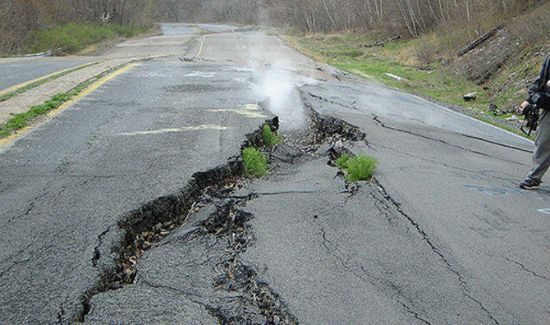 Image credit: Douglas Muth/Flickr // CC BY-SA 2.0
Although a dozen people refused to take government buyouts to evacuate Centralia in 1992, there’s a good reason everyone else did: the town has been on fire for over 50 years. It’s believed coal mining precipitated a large-scale blaze that’s been fed for decades thanks to the mining shafts. Streets are prone to cracking open, creating sinkholes and releasing an eerie smoke. Officials believe the fires could rage another 250 years; the properties of residents who pass away will be subject to eminent domain.
11. Lost Springs, Wyoming (Pop: 4) 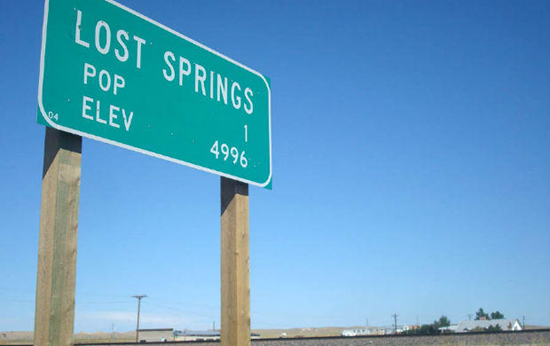 Image credit: QuirkyTravelGuy
While the sign says "Pop: 1," the four residents of Lost Springs say that’s a Census error. The town was once home to 280 in the mining days of the 1920s. As work dissolved, so did the community. Currently, there’s a town hall, a post office, a park, a general store, and a few public bathrooms.
12. Bonanza, Colorado (Pop: 3) 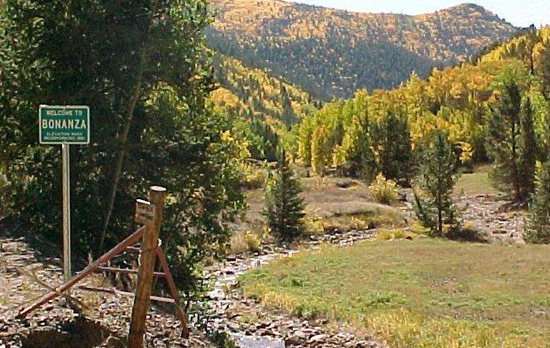 Image credit: ColoradoGuy
Mark Perkovich retired to Bonanza in 1994 to find solitude. He got it: Bonanza, a former mining town in the Rockies, is completely desolate with the exception of its lone resident. Aside from chatting with the mailman, Perkovich occupies his time by clearing snow and tending to his property. In 2014, Colorado considered dissolving Bonanza due to its lack of a pulse: Perkovich opposed the change, but disliked the fact that his property taxes to the county didn’t actually buy him anything. In 2015, a couple was rumored to have moved in, tripling the population.
13. Weeki Wachee, Florida (Pop: 4)
Beautiful, sun-kissed, and largely absent of any humans, Weeki Wachee has just three citizens but plenty of mermaids. Weeki Wachee Springs State Park is home to a submerged theater carved into the limestone of a spring where tourists can watch ocean sirens swim around. The attraction has been around since 1947, when ex-Navy officer Newton Perry opened for business. In 2001, mayor Robyn Anderson declared herself a "mer-mayor" due to her past as a performer.
14. Swett, South Dakota (Pop: 2) 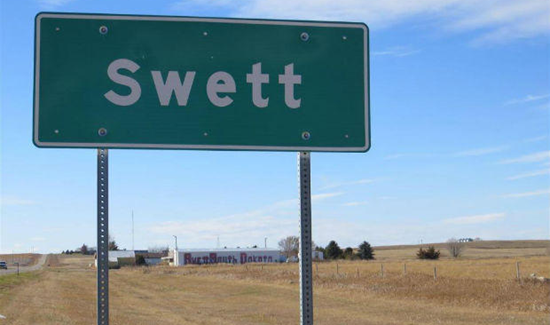 Image credit: ExitRealty
Originally stuffed to the brim with a population of 40 in the 1940s, Swett’s lack of economic impact - it has one tavern - has whittled the population down to just two: Lance Benson and his wife. A traveling concessions salesman, Benson bought Swett in 1998 to oversee the bar and catch customers from nearby towns. (He lived in the lone house.) In 2014, he decided he wanted to move on and put the town up for sale. It was recently listed at US$199,000: the cheery description from Exit Realty noted that "locals believe the residence to be haunted."
15. Nothing, Arizona (Pop: 0) 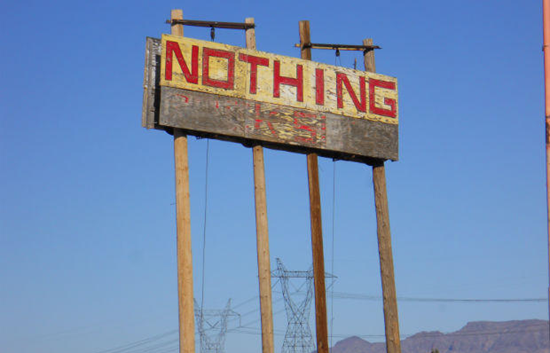 Image credit: NotSoFancyNancy
You won’t find much more than a general store and part of a gas station in Nothing, a desert villa 120 miles from Phoenix. Nothing was incorporated in 1977 as a way of injecting some humanity into a stretch of US 93, but its residents didn’t find it too hospitable: the last of them moved out after a pizza parlor failed to attract passing truckers. The name became prescient, and there are currently no known occupants. In June 2016, Nothing was subject to a Century 21 publicity stunt in which free patches of land could be given out to dads on Father’s Day. Approximate value? Nothing.
Top image: Town of Nothing, Arizona, USA. Credit: Hike Arizona via Amusing Planet.
[Source: Mental Floss. Edited. Top image added.]
Posted by samsalleh