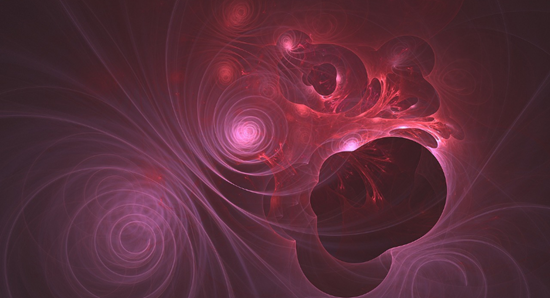 11 Bizarre Sources for Alternative Energy
By Dnews, Seeker, 20 October 2016.
Most people would agree that fossil fuels simply need to go. They’re the cause of pollution, wars and climate change. Scientists have been researching alternative energy solutions like wind and solar power, and hydrogen fuel for cars, for years. But while some automakers - like Toyota and Honda - are bringing hydrogen-fueled cars to market, wind and solar are still more expensive than oil and coal and may not be the best solution for all places or uses. For example, some medical devices that are implanted in a human body could benefit from super tiny batteries that last decades.
So scientists continue the quest for abundant, cheap and efficient energy by investigating lesser-known sources, ones that may seem a little unusual, even ridiculous, unrealistic and, in some cases, morbid. “I think in order to solve the impending energy needs we might have to go a bit beyond,” said Bobby Sumpter, a senior research scientist of computational theoretical chemistry at Oak Ridge National Laboratory. Here are 11 of the more unusual sources that go above and beyond the norm. Who knows - one day, you may use sugar to power your laptop, bacteria to run your car or dead bodies to heat a building.
1. Body Heat 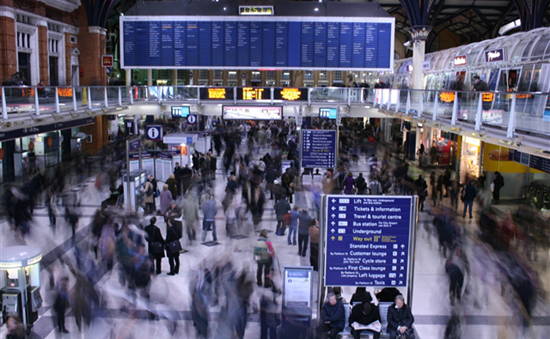 Credit: Katy Walters/Wikimedia Commons
Stretching the imagination when it comes to energy could get us closer to generating energy the way nature does: free and efficient. In London, Mayor Boris Johnson announced that excess heat from the subway tunnels and an electric substation would be funneled into British homes.
2. Sugar 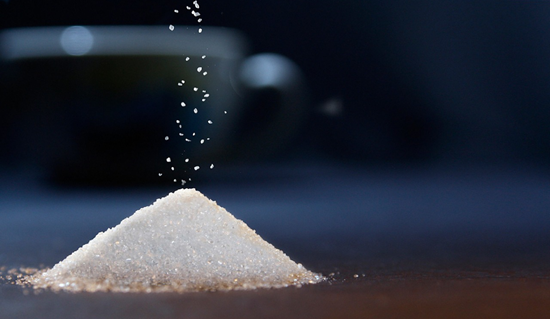 Credit: 955169/Pixabay
Traditionally, putting sugar into a gas tank is a prank that can ruin a car’s engine. But someday, it could be a great way to fuel a vehicle. “We should not dismiss ideas, we should let people pursue ideas of unusual things,” Diego del Castillo Negrete, a senior research scientist in the Fusion Energy Division at the Oak Ridge National Laboratory said. Researchers and chemists at Virginia Tech are developing a way to convert sugar into hydrogen, which can be used in a fuel cell, providing a cheaper, cleaner, pollutant-free and odorless drive. The scientists combine plant sugars, water and 13 powerful enzymes in a reactor, converting the concoction into hydrogen and trace amounts of carbon dioxide.
The hydrogen could be captured and pumped through a fuel cell to produce energy. Their process delivers three times more hydrogen than traditional methods, which translates into cost savings. Unfortunately, it might be another decade before consumers can actually dump sugar into their gas tanks. What seems more realistic in the short term is using the same technology to create long-lasting sugar-based batteries for laptops, cell phones and other electronics.
3. Solar Wind 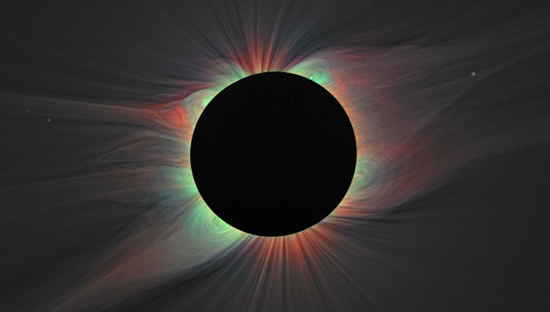 Credit: Habbal, et al./NASA
One hundred billion times more power than humanity currently needs is available right now, out in space. It comes through solar wind, a stream of energized, charged particles flowing outward from the sun. Brooks Harrop, a physicist at Washington State University in Pullman and Dirk Schulze-Makuch of Washington State’s School of Earth and Environmental Science, think they can capture these particles with a satellite that orbits the sun the same distance Earth does.
Their so-called Dyson-Harrop satellite would have a long copper wire charged by on-board batteries in order to produce a magnetic field perfect for snagging the electrons in the solar wind. The energy from the electrons would be beamed from the satellite via a infrared laser to Earth, since the infrared spectrum would not be affected by the planet’s atmosphere. This Dyson-Harrop satellite holds a few technical problems that researchers are currently trying to fix. It has no protection from space debris, and some of the power could be lost as it’s beamed through Earth’s atmosphere. Plus, finding a way to aim the laser beam across millions of miles of space is no small task. What seems more realistic is to use this satellite in order to power nearby space missions.
4. Feces and Urine 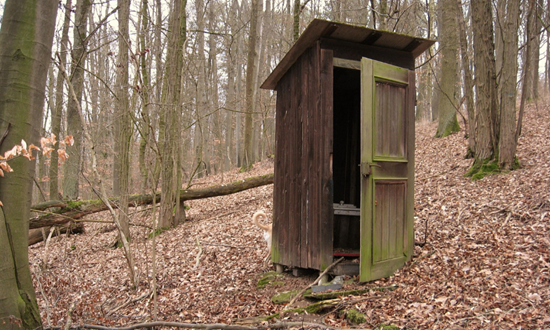 Credit: Horst64/Pixabay
Most people think that feces and urine should be disposed of immediately. But feces contains methane, a colorless, odorless gas that could be used in the same way as natural gas. At least two solutions - one in Cambridge, Massachusetts, called Park Spark and one in San Francisco run by Norcal Waste - is focused on converting dog poo into methane.
In both solutions, dog walkers are provided biodegradable bags, which after they’re filled, are placed into a large container called a digester. Inside, microorganisms process the poo, giving off methane as a byproduct. The methane can be used to power lights. In Pennsylvania, a dairy farm is looking to cow manure for energy. Six hundred cows that produce 18,000 gallons of manure daily are helping the farm save US$60,000 a year. The waste is used to produce electricity, bedding, fertilizer and heating fuel. And Hewlett-Packard recently released a study explaining how a dairy farmer could make money by leasing land to Internet server companies, who could power computers with the methane. Human waste is just as good. In Bristol, UK a VW Beetle car is powered by methane captured from a raw sewage treatment plant. Engineers from Wessex Water estimate the waste from 70 homes can generate enough gas to make the car run for 10,000 miles. And let’s not forget urine. At the Heriot-Watt University's School of Engineering and Physical Sciences in Edinburgh, scientists are looking for a way to make world's first urine-powered fuel cells. It could be a viable way for astronauts or military personnel, for instance, to produce power on the go. Urea is an accessible, non-toxic, organic chemical compound rich in nitrogen. So yes, humans are constantly carrying around a chemical compound that can produce electricity.
5. People: Dead or Alive 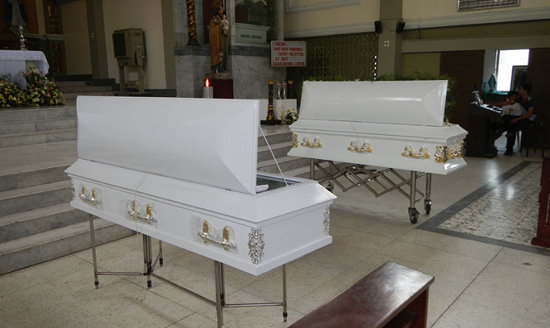 Credit: Judgefloro/Wikimedia Commons
The next time you’re standing in a crowded subway in the middle of summer, don’t sweat it. The heat your body produces can warm an entire building, complete with offices, apartments and shops. At least that’s what's happening in Stockholm and Paris. Jernhuset, a state owned property administration company is putting together a plan to capture body heat from train commuters traveling through Stockholm’s Central Station. The heat will warm water running through pipes, which will then be pumped through the building’s ventilation system.
Paris Habitat, owner of a low-income housing project in Paris, will also use body heat to warm 17 apartments in a building, which is directly above a metro station near Pompidou Center. On a more morbid and less sweaty note, a crematorium in the United Kingdom is using gasses released from the cremation process to heat a crematorium. The energy in cremated bodies is already being captured when it has to pass through filters to remove the mercury in the deceased’s fillings. Instead of letting the energy escape, pipes are used to pump it through the building.
6. Vibrations 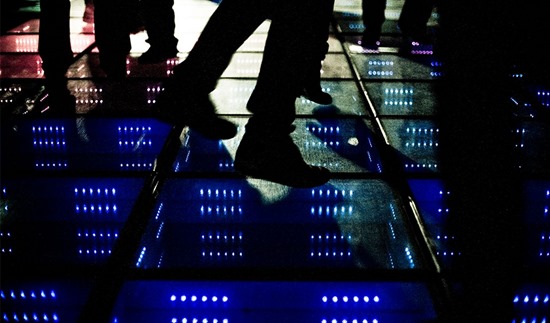 Credit: Energy Floors
Go out and party; it may help the environment. Club Watt in Rotterdam, Netherlands is using floor vibrations from people walking and dancing to power its light show. The vibrations are captured by “piezoelectric” materials that produce an electric change when put under stress. The U.S. Army is also looking at piezoelectric technology for energy. They put the material in soldier’s boots in order to charge radios and other portable devices. Although this is an interesting renewable energy with great potential, it’s not cheap. Club Watt spent US$257,000 on this first generation 270-square-foot floor, more money than it can recoup. But the floor will be reprogrammed to improve output in the future. Your dance moves really can be electric.
7. Sludge 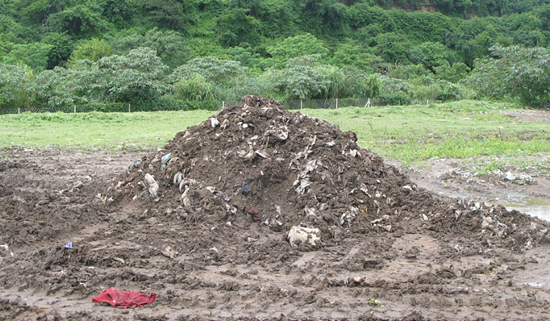 Credit: SuSanA Secretariat/Wikimedia Commons
California municipalities alone produce 700,000 metric tons of dried sludge annually, which has the potential to generate 10 million kilowatt-hours of electricity per day. The University of Nevada, Reno, is drying sludge to make it burnable for a gasification process, which turns it into electricity. A team of researchers at the university built the processing machine as a way of producing low cost and energy efficient technology. The machine turns gooey sludge into powder by using relatively low temperatures in a fluidized bed of sand and salts to produce the biomass fuel.
The waste-to-energy technology is designed to be on site which means companies can save on trucking costs, disposal fees, and electricity. Although the research is still ongoing, estimates show that a full-scale system can potentially generate 25,000 kilowatt-hours per day to help power reclamation facilities.
8. Jellyfish 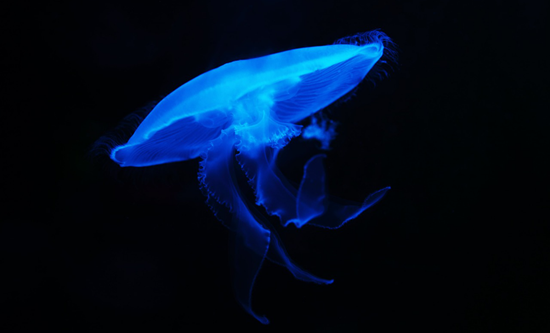 Credit: PublicDomainPictures/Pixabay
Jellyfish that glow in the dark contain the raw ingredients for a new kind of fuel cell. Their glow is produced by green fluorescent protein, referred to as GFP. A team at The Chalmers University of Technology in Gothenburg, Sweden, placed a drop of GFP onto aluminum electrodes and then exposed that to ultraviolet light. The protein released electrons, which travel a circuit to produce electricity. The same proteins have been used to make a biological fuel cell, which makes electricity without an external light source. Instead of an external light source, a mixture of chemicals such as magnesium and luciferase enzymes, which are found in fireflies, were used to produce electricity from the device. These fuel cells can be used on small, nano devices such as those that could be implanted in a person to diagnose or treat disease.
9. Exploding Lakes 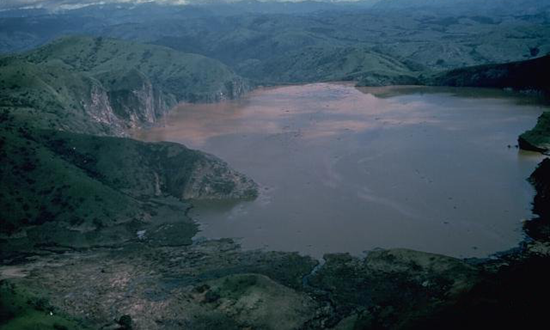 Credit: Jack Lockwood/Wikimedia Commons
There are three known "exploding lakes," in the world, so called because they contain huge reservoirs of methane and carbon dioxide trapped in the depths by differences in water temperature and density. If temperatures should change and the lake turns, these gases would immediately fizz to the surface like a shaken bottle of soda, killing the millions of people and animals living nearby. In fact, such an event happened on Aug. 15, 1984, when Cameroon's Lake Nyos [pictured above] unleashed a huge cloud of concentrated carbon dioxide, instantly suffocating hundreds of people and animals. In Rwanda, Lake Kivu is such a place. But the government has built a power plant that sucks up the noxious gases from the lake to power three large generators, which produce 3.6 megawatts of electricity. The government hopes that in the next couple of years, the plant could be producing enough power for one-third of the country.
10. Bacteria 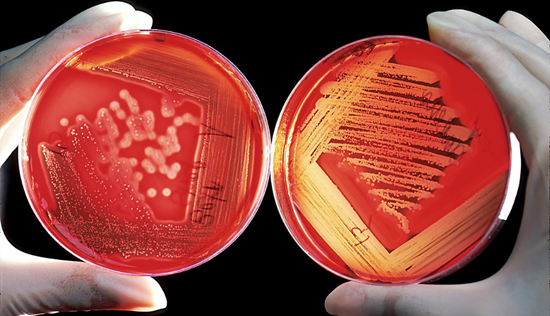 Credit: WikiImages/Pixabay
Billions of bacteria live out in the wild, and like any living organism, they have a survival strategy for when there is a limited food supply. E. coli bacteria store fuel in the form of fatty acids that resembles polyester. That same fatty acid is needed for the production of biodiesel fuel. So, researchers are looking to genetically modify E. coli microorganisms to overproduce those polyester-like acids. The scientists removed enzymes from the bacteria to boost fatty acid production, and then dehydrated the fatty acid to get rid of the oxygen, which made turned it into a type of diesel fuel. The same bacteria that can make us sick can also help save people money and the environment, by providing fuel for transportation.
11. Carbon Nanotubes 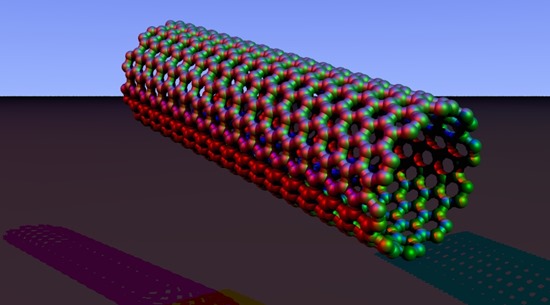