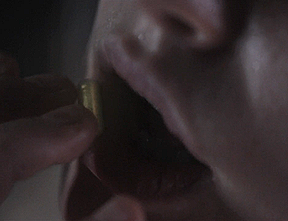 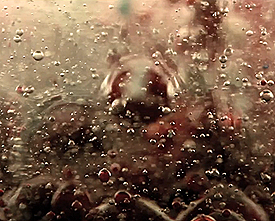 Top 10 Bizarre New Pills in Development
By Guest Author, Toptenz, 5 November 2015.
Medicine is an ever-expanding industry with new and revolutionary techniques and products being produced every day. For years, the ease and safety of administering medicine in pill form has allowed the industry to boom. Nowadays it seems as if you can get a pill for anything from severe disorders like depression and anxiety to simple annoyances like a headache. This list serves to report on new pills with amazing uses and revolutionary cures. While most of the pills appearing on this list are still in their developmental stages, some are available for public use.
10. Insulin Pill Diabetes is a debilitating disease that plagues many whose pancreas makes too much insulin or not enough to break down sugar within the body. Currently, the only means to correct the problematic insulin levels is through daily injections and close monitoring. The injections may soon become unnecessary as a new insulin pill [pictured above] is in development and could be out on the market in the near future. Researchers in Israel have stumbled upon a ground-breaking method to finally deliver the large insulin molecules orally, which had previously been a huge roadblock to scientists.
Tests have proven it to be quite effect at regulating insulin levels and even mimicking the natural course of insulin through the body. Not only is the pill revolutionary in how insulin is delivered, researchers feel it will also greatly decrease insulin dependency.
9. Alcohol/Stay Sober Pill 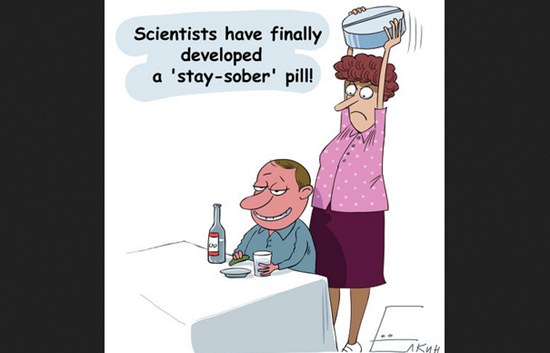 Is anyone else not at all surprised by the fact that vodka-loving Russian scientists have created a new pill to get you hammered without even taking a sip? The new pill works by administering a dried form of the alcohol to the body with up to 96% alcohol content. The drying technique can work with basically any alcohol type therefore allowing you to get exactly the kind of drunk you want to get!
On the flip side, scientists are also now using a drug known as naloxone to possibly stop the effects of alcohol on the body and keep the users from getting drunk. Taken as a pill, researchers at Yale have received encouraging results after giving the medication to mice that were made to drink copious amount of alcohol with little to no effect. The pill works by keeping the alcohol from affecting the central nervous system and brain, therefore eliminating any pleasurable effects that people receive from getting ‘drunk’. While researchers are hopeful that the drug could be beneficial in treating alcoholism, they fear that it may be abused to simply allow people to drink more without getting drunk. When mice were directly administered large amounts of alcohol and then given the pill, they showed no signs of decreased motor skills or even being ‘tipsy’. While naloxone itself isn’t a new development, the use of it as a pill to treat alcohol is definitely ground-breaking. Researchers are hopeful that this new Sober Pill can be used to wean heavy drinkers off alcohol by basically taking the fun out of it.
8. Bug Repellent Pill 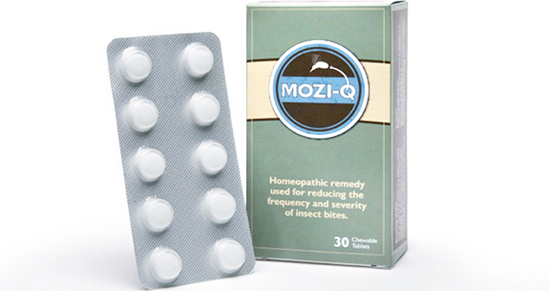 Being able to go outdoors without the threat of mosquitos or having to wear the stick bug repellent spray? Mozi-Q is a new dream come true pill for those with that exact dilemma. This revolutionary pill invented by Erin Bosch has been cleared by the Canadian Health board as being safe for users as well as quite successful at keeping the bugs away. The pill is already available online and Bosch claims its effectiveness come from the five types of flowers that it is made from.
The pill takes about 30 minutes to take effect after it’s ingested, but definitely does its job. It’s a combination of several homeopathic remedies claimed to be up to 90% effective at reducing bites. By changing the body’s susceptibility to being bitten, bugs lose interest in the attack.
7. Dog-Contraceptive Pill 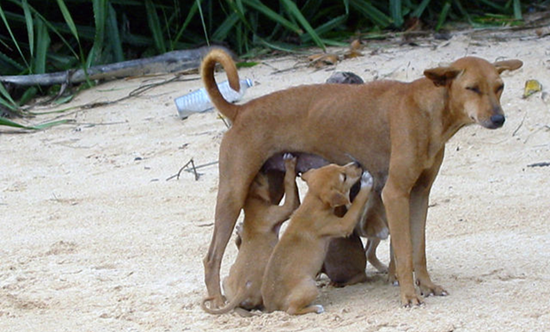 Credit: Stephan Gillmeier/Wikimedia Commons
While spaying and neutering your dog is a very desired surgery for most pet owners, the surgery itself can be very costly along with the health risks it can pose to your pet. One of the biggest reasons for the copious amount of feral animals around the world is the unchecked breeding that takes place among them. The costly surgery and overabundance of man’s best friend could be a thing of the past thanks to a new pill in development known as Chemspay. SenesTech is currently creating a pill that when given to dogs puts them into the menopausal stage and keeps them from being able to have puppies. Previous attempts at contraceptives for dogs have been made, though they were taken off the market due to complications.
This new doggy birth control is currently undergoing FDA approval, but is likely to be available to the public in the near future. Scientists hope to use the product to not only cut down on the large amounts of feral dogs found in some third-world countries, but cut down on the domestic dog population in general to keep them from being euthanized.
6. Male Contraceptive Pill 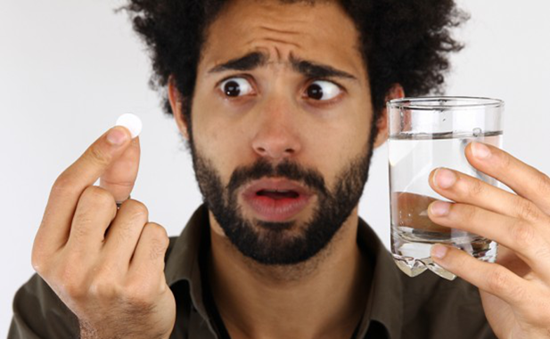 A new pill said to be a new form a contraceptive specifically for men is about to revolutionize the realm of birth control. Women have had the option of birth control that uses female hormones to keep eggs from dropping. This new male contraceptive is said to work the same way with hormones given to stop sperm from being created. Previously, pharmaceutical companies felt no need to delve into the idea of male birth control thinking that most men wouldn’t use it. As generations change, companies are finding this belief to be a misconception and they are beginning to put effort into researching a male contraceptive pill.
While there isn’t anything on the market yet that is both effective and lacks severe side effects, the male contraceptive is in the works and could be appearing on shelves in the near future.
5. The Forgetting Pill 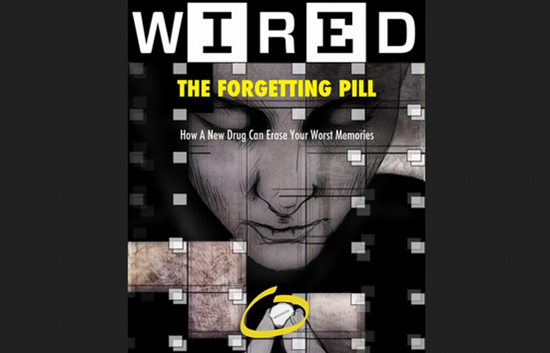 Scientists are developing a new pill utilizing the drug propranolol that could be used to erase traumatizing memories. New research has found that the presence of adrenaline can greatly affect the speed at which bad memories are cemented into our minds. Propranolol is a drug usually used to reduce high blood pressure, but it’s also been given out as an anxiety reducer. By ingesting propranolol, the adrenaline cannot be properly transferred to the nerves and therefore keeps the bad memory from strongly imprinting itself. The pill is still in its developmental stages, but tests have shown it to greatly reduce or even prevent any signs of PTSD or psychological trauma for those that received the pill following their traumatic event. No side effects have been recorded after taking the drug for extended periods.
Some critics have issues with being able to erase bad memories at the pop of a pill saying they won’t serve as a learning lesson for those that need the bad memories as a reminder not to do certain things. While there are still kinks that need to be worked out before it appears on shelves, the development is exciting for those that have to relive traumatic experiences every day.
4. Golden Poop Pill 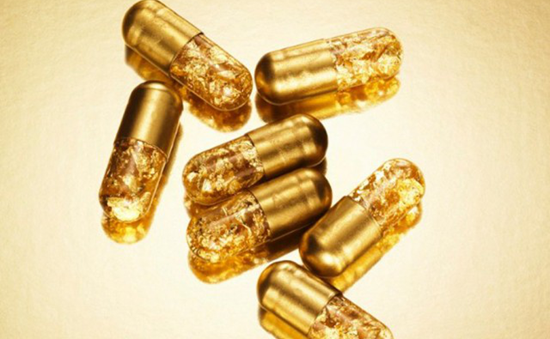 Do you need a useless way to flaunt your wealth as well as a way of making your time spent on the toilet a little bit more interesting? Well then I suggest you invest in a pill developed by artists Tobias Wong and Ken Courtney to turn your crap into gold. Yes, you read that correctly. The pills turn your poop into gold.
This present for your friend that has everything is a capsule encasing 24-karat golden flakes. Once the capsule is digested, it breaks apart and comes out the other side shimmering. For a measly US$425 a pill, your intestines can be lined with gold leaf too! While there area few more beneficial things I can suggest you to do with US$425, if gold isn’t really your style Wong has also created useless silver pills ready to be consumed and flushed down the toilet.
3. Swallowable Perfume Pill 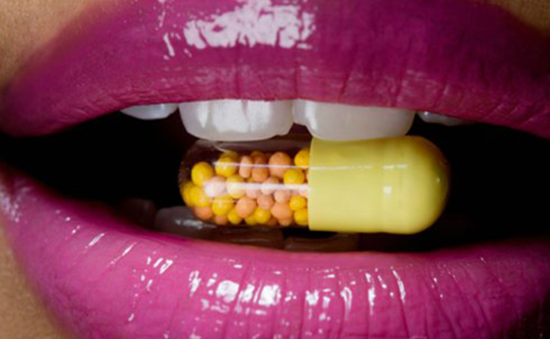 We have all had the displeasure of being around someone that smells as if they haven’t bathed in many years. Lucy McRae hopes to stop these smelly situations as she is developing a new pill that would turn sweat into perfume.
Previous attempts at Perfume Pills have been unsuccessful being that digestion usually breaks down the pill before any scent can be released. McRae, however, wants to use the body’s natural process of sweating as a means for the Swallowable Parfum to be excreted. Not only does she hope the pill will greatly improve the smell of sweat, she expects each person’s fragrance to be unique to their own natural body odour. The pill is still in early stages of development, yet McRae hopes it will one day revolutionize the perfume industry.
2. Proteus Health Monitor Pill 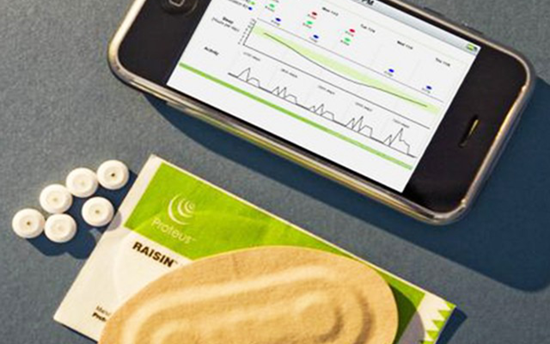 As technology advances each day even the pills being developed are growing smarter and smarter. Recently, a company known as Proteus has a pill in the works that could alert doctors when you decide to not take your pills. Some of the biggest issues doctors have with patients is that they discontinue taking their pills. FDA has already given approval for the development of the pill, though it’s a long ways away from the market. Not only could the pill alert your doctor when the medication is taken, it also monitors your body’s overall activity and health. The pill works much like the Authentication Pill Motorola has in the work by using the bodies own electrolytes to power the sensor. Once the pill is ingested a signal can then be sent to the doctor’s smartphone to keep them updated on the patient’s health.
This could be a giant leap in improving the conditions of those who need daily pill regimens to stay healthy as well as allowing for quick adjustment of the dosage based on the health report the chip gives. Heart rate, temperature, respiration, and physical activity can be constantly monitored by the Proteus pill, and the only issue doctors seem to be having with the idea is if the patient needs pill that must be taken a different times through out the day.
1. Motorola Authentication Pills 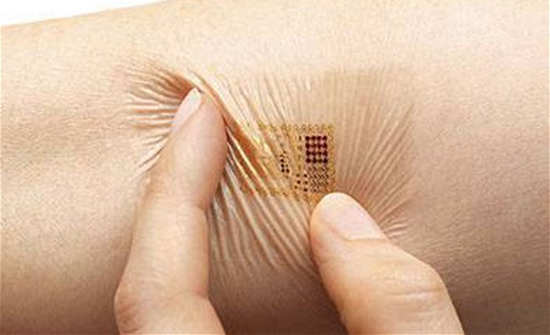 There’s nothing more irritating than forgetting a password to something important and having no way to retrieve the information. However, this frustration could be a thing of the past as Motorola is in the process of constructing an authentication pill that allows you access to your information without having to remember any passwords. Along with several other pieces of incredible technology in the making, Motorola has received a go-ahead from the FDA to begin plans for making a pill that turns your body into authentication data. While the pill is far from hitting the market, the sheer concept of the design is getting many people excited. The Pill works by having a small chip implanted inside of it. When the pill is swallowed and drops into the stomach, the acid breaks down the pill casing while also serving as a power source through electrolytes. By taking the pill everyday as if It was a vitamin, your body would emit an 18-bit ECG signal allowing you access into all website or account that require authentication.
Motorola has called this new idea an alternative to another new technology they are developing known as the authentication tattoo. Much like the pill, the tattoo will serve as an authenticator in a way similar to the pill. This is an exciting leap forward from passwords and fingerprint recognition, which could greatly reduce the risk of forgetting the passwords or being hacked by others as well as increasing the ease of online usage.
Top image: Swallowable Parfum, the swallowable perfume pill. Credit: Lucy McRae via Vimeo.
[Source: Toptenz. Edited. Top image added.]